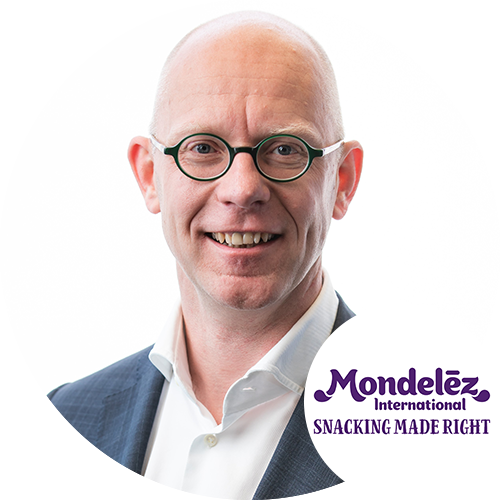 【Accelerating Innovation】Are We Reacting Quick Enough and Collaborating at a Rate that Can Truly Transform the Industry?
· What is the biggest challenge faced by the food and beverage industry now?
· People are increasingly pursuing nutrition, benefit and convenience of food. In response to this trend, how can brands respond to consumer demand?
· What innovation projects has the food brand created? How did the team implement rapid innovation?

Mr. Joost Vlaanderen was appointed the leader of Mondelēz China in May 2018. Joost has been with Mondelēz International for nearly 20 years taking on critical leadership roles with increasing responsibility across multiple geographies. His initial leadership roles were in Northern Europe. He was appointed Country Director in his native Netherlands in 2006 and then General Manager for Cadbury Northern Europe in 2009.
After leading the Perfect Store initiative in Europe from Switzerland, he became the Managing Director of Turkey in 2015 and after that the Managing Director of Southern, Central and Eastern Africa in January 2016. Joost successfully merged and transformed the Southern, Central and Eastern Africa organizations into one with a clear focus on set priorities and led the team to move the business to double digit growth by bringing the traditional trade business back on track while building modern trade. As the leader of Mondelēz Greater China, Joost is dedicated to lead the company to become the best snacking company in China, be agile, never satisfy and become more Chinese. He is ambitious to empower Mondelēz Greater China to lead the future of snacking in local market by focusing on consumer-centric and innovation. Under his leadership, the business of Mondelēz Greater China has evolved significantly and kept continuous growth.
Joost is Dutch and graduated from the University of Groningen, the Netherlands with a MBA Degree. He is married and is a father to a son.
Joost has strong interest in Chinese culture and is currently learning the Chinese language. In his spare time, he enjoys jogging outdoors and spending time with his family. He now lives in Shanghai, China.