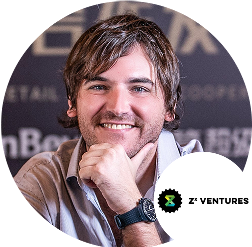 Innovating the Way We Innovate

As the saying goes, “the more you know, the more you realize you don’t know”. Despite today’s big data and predictive analytics capabilities, it’s estimated up to 95% of NPDs fail as big brands scramble to keep up with consumers. Startups are more agile but approximately 90% of them also fail – is it possible to combine the best of both worlds to navigate the uncertainty of today?

Nico started in AB InBev in 2009, working in several marketing and sales roles. He joined ZX Ventures in 2015 since its establishment, which is a global growth and innovation group within AB InBev.
As the Head of Specialties of South Latin America, he launched the Patagonia Brewery in Argentina, and was responsible for growing Patagonia 10x during 3 years of his leadership there. And Patagonia in 2018 is the largest craft brand in Latin America.
In 2017, the over delivered net revenue versus budget: 178% achievement. He has also developed local best practices such as Oktoberfest and Draft Expansion, being a true partner with other areas, having one of the most integrated E-Commerce and BEX team in ZX.
Now Nico is leading the Craft and Specialties team in APAC, which includes China, Korea and Japan, India Viet Nan.