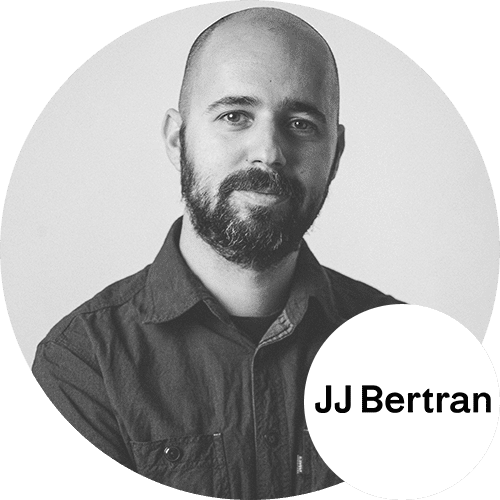 Since 2003, Joan Josep Bertran has run his own studio mainly catering identity and packaging design for wine cellars and other beverages.

The studio has had clients across Spain and in other countries of Europe, the Middle East, South Africa and latin America.

He established his practice in Barcelona as an independent graphic designer upon returning from Sydney, Australia, where he went to work for Feeder Studio. Before, he had joined Springer&Jacoby in Barcelona where he worked as a designer and an art director for Mercedes-Benz Spain. His first professional steps were done at Villuendas+Gómez, where he gained experience on identity and design for culture oriented clients.

He has been awarded different international and national prizes both in advertising and design through his career, his work featured on books on packaging globally and has been selected jury for design awards.